It’s been over 50 years since alcohol and pregnancy was brought to the public’s attention Day 1: 99 Days to FASDay: First Published Study Linking Prenatal Alcohol Use and Birth Defects (even though the effects of alcohol and pregnancy have been mentioned since biblical times Day 51 of 99 Days to FASDay: History Notes of Alcohol Effects) and yet this disability – the most prevalent and the one that is the most common cause of developmental disabilities – that has been named since 1973 Day 52 of 99 Days to FASDay: FASD Diagnostic History – remains hidden until it gets some awareness – then the stigma and the shame and the blame and the trolls and the flamethrowers come out – and likely many go back into hiding. Recoiling at the venom that some people spit.

This happened a couple years ago in England FASD: It’s time to stop the debate…. when people reacted to a controversial study that questioned the message of no drinking during pregnancy and I’m sure it plays out in many locations around the world each time there is coverage.

Most recently we had a series of three feature articles published in Canada in the National Post. (The maiden and I were interviewed by the reporter for this series, but unfortunately much to her disappointment, we didn’t make the final cut.)

The series was amazing. (Have heard there are more stories to be published yet). The first time a feature – let alone a 3 day online series and weekend front page cover – for FASD.

If you haven’t seen it, you can find the online versions here, which have both video and written pieces:

And while many comments were positive, let me just give you a sample of some of the others:

First we have Michael, responding to a comment about the Ontario Provincial government’s recent announcements on loosening liquor controls …. and how a strategy should be put in place that recognizes Fetal Alcohol Spectrum Disorder. Michael thinks women who have given birtn to a child with FASD should be sterilized.

Next up is Taffy, who thinks a mother knowingly and willingly makes a choice to give her child FASD. And as a result should be charged with child abuse.

Then there is Steven, who agrees with both Taffy and Michael. Sterilization and punishment. And although he listens to some education on the reasons a woman might actually consume alcohol, he still thinks “serial” offenders should be sterilized and punished. And Barry chirps in agreement, but adds name calling and insults.

Next up is Rob …. and at first I thought maybe he was going to offer a glimmer of hope, but he states all these women must be alcoholics and his post is full of judgement. And I’m sensing a pattern here, because he believes it is a choice, that should be punishable as abuse and the offender should be sterilized.

And last, but certainly not least, because I only selected a few, we have Bill and Stu (not to be confused with Bill and Ted because this has not been a most excellent adventure in compassion and understanding). I thought Stu was going to be a voice of reason – because he offered a suggestion – taxing alcohol…. but then he goes down the blame and shame path asking for women who drink to be charged.

Glenda and Mark try to offer some more education…. Bill remains silent but his partner Stu joins in and by far offers the most vitriolic I have seen … and now doesn’t insult the mothers but actually adds a very discriminatory remark about the child with FASD.

Now I realize this is just a few comments, but the sad fact is these comments came on the heels of the stories that talked about the need to stop blaming and shaming, and the many different reasons why women might be drinking alcohol while they are pregnant. The first reason and usually the most common is they don’t realize they are pregnant! Over 50% of pregnancies are unplanned.

Then there is likely the second most common reason – their doctor or health care provider probably told them it was okay to have a drink. At the most recent International Conference on FASD a roomful of professionals were asked if they received any FASD training in their own training. Not one raised their hand.

Many of the assumptions made by people, including Michael, Taffy, Steven, Barry, Rob, Bill and Stu are that it is an “alcoholic” (obviously they do not think alcohol can be an addiction) or women who are not educated or women “should know better”.

Some say we need a celebrity to step up and lead the way. To use the platform they have to help us really reach people. But looking at the responses of Michael, Taffy, Steven, Barry, Rob, Bill and Stu, can you see a celebrity putting him or herself out there? Then as I’m writing this article I see a post on a FASD Group who found the following article in People magazine about a celebrity couple who share their doctor said to have a drink, and then joke about her being drunk giving birth.

Maybe in about ten years John Stamos will step forward as a spokesman. I am obviously being sarcastic here, but whether their child would be born with FASD at this late stage, the fact that they laugh about drinking alcohol during pregnancy, shows how far we still have to go.

There is a really great resource you can use to take the personalization out of conversations about alcohol and pregnancy. Proof Alliance came up with this great Pregnancy Alcohol calculator  and for those men out there who think it is only women who are responsible for FASD, simply post the latest research on Genetic and Epigenetic Perspectives on the Role of Fathers in Fetal Alcohol Spectrum Disorder:

Given that fathers who consume alcohol at risky levels may contribute to FASD due to sperm abnormalities and genetic and epigenetic influences, it is recommended that fathers as well as mothers be involved in pregnancy planning and in reducing/stopping at-risk alcohol consumption in the preconception period. Preconception interventions with male partners should be synchronized with those designed to support women in preventing FASD.

So to anyone who wants to give up, who wants to go quiet, please take a break. Shake it off. Haters gonna hate. Trolls gonna troll. And flamethrowers will throw flames. But each time these articles appear in the newspapers or magazines, or shows are broadcast on television, radio, or internet, we have an opportunity to let our voices be heard. To educate the ones who want to listen. And for the Bills and Stus of the world, we have to meet hate with compassion. Not take the bait. Because we have more important work to do then feed their need to create chaos.

We are advocating for a more understanding world, to educate the younger generation, to reduce the stigma, shame and blame for the current generation, to create safe spaces and places for women to disclose or obtain help for the next generation, and to advocate for the quality of life for everyone touched by Fetal Alcohol Spectrum Disorder. 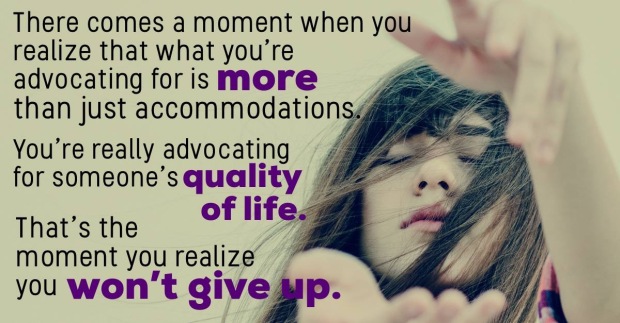 2 thoughts on “FASD: Stop the Stigma”