I read an article in a newsletter from the Catholic Children’s Aid Society (Toronto, Ontario Canada) that stated Dennis the Menace, based on the cartoonist’s son, had FASD.

As a child, I didn’t like this cartoon. I found Dennis slightly annoying. Now I understand why he did what he did. As an adult I would have more compassion. Sorry Dennis for misunderstanding you!

The following is directly from the CCAS article:

NOTE: The link I had to the article is no longer valid so I had to remove it. I’m not sure if that means they were asked to remove it or the page was moved. I did change some of the language used in the original article.

For those that do not know Dennis: In the classic cartoon series Dennis the Menace, Dennis is depicted as a mischievous, lazy and defiant young boy, constantly getting himself into trouble. In each episode, Dennis drives his neighbour, Mr. Wilson, mad with his mischievous outbursts, eventually leading to an argument between the two of them. But by the end of each episode, Dennis’ charm wins over Mr. Wilson, and they once again become best friends.

Dennis the Menace had Fetal Alcohol Spectrum Disorder (FASD). Cartoon creator, Hank Ketcham based Dennis’ character on his own son, who had FASD. It is common for people to misinterpret FASD-related behaviours as noncompliance.

But Dennis’ behaviour wasn’t disobedience, rather it was the result of physical, mental, and learning disabilities associated with FASD. Dennis, like so many children with FASD, struggled without appropriate accommodations — it’s not that Dennis didn’t want to behave, but rather that he couldn’t (without appropriate supports).

I tried to find other articles to see if he did have FASD, but could not.

Here is an article from The Washington Post which doesn’t mention anything. An article in People Magazine sheds a little light that could reveal it is a possibility:

What made things tougher was the fact that Dennis suffered from a learning disability. His parents’ solution was to place him in a series of private schools. “We never did find out what was wrong,” says Hank. “Even though he wasn’t a behavior problem, Dennis had a difficult time keeping up with academics.”

Alice, meanwhile, was “caught up in luncheons, teas and bouts with demon rum,” as Hank once said, and became an alcoholic. In 1959 she filed for divorce, and as her condition deteriorated, Dennis, then 12, was sent to a boarding school near Carmel. “I didn’t know what was going on,” says Dennis, “except that I felt Dad wanted me out of the way.” A few months after he left for school, his mother died from an accidental overdose of alcohol and barbiturates at the age of 41.

I wish I knew the source from the CCAS article to refer to. Was the article simply speculation? or did they find an interview with Hank Ketchum that stated his son did have FASD. What do you think? Does the behaviour of Dennis seem like that of a child with FASD?

The article below is from another blog talking about Dairy Queen “dropping” Dennis as the spokesperson for the business. 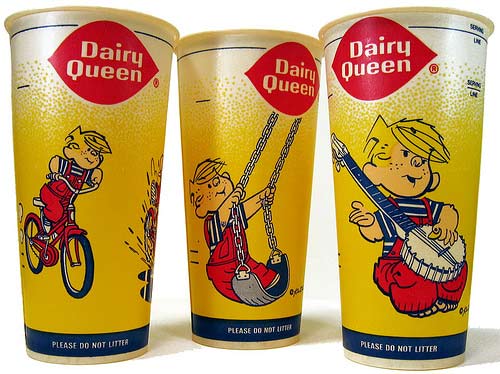 From 1971 until 2001 Dennis the Menace appeared as the spokestoon for Dairy Queen. Dairy Queen dropped him because they felt children could no longer relate to him. Don’t worry Dennis, even Donkey Kong had to go through this. RIP. I assume he shot himself after this news 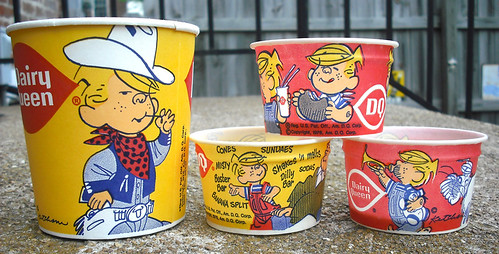 …So they are a big cause to the pollution problem in the world?

2 thoughts on “Did Dennis the Menace have FASD?”